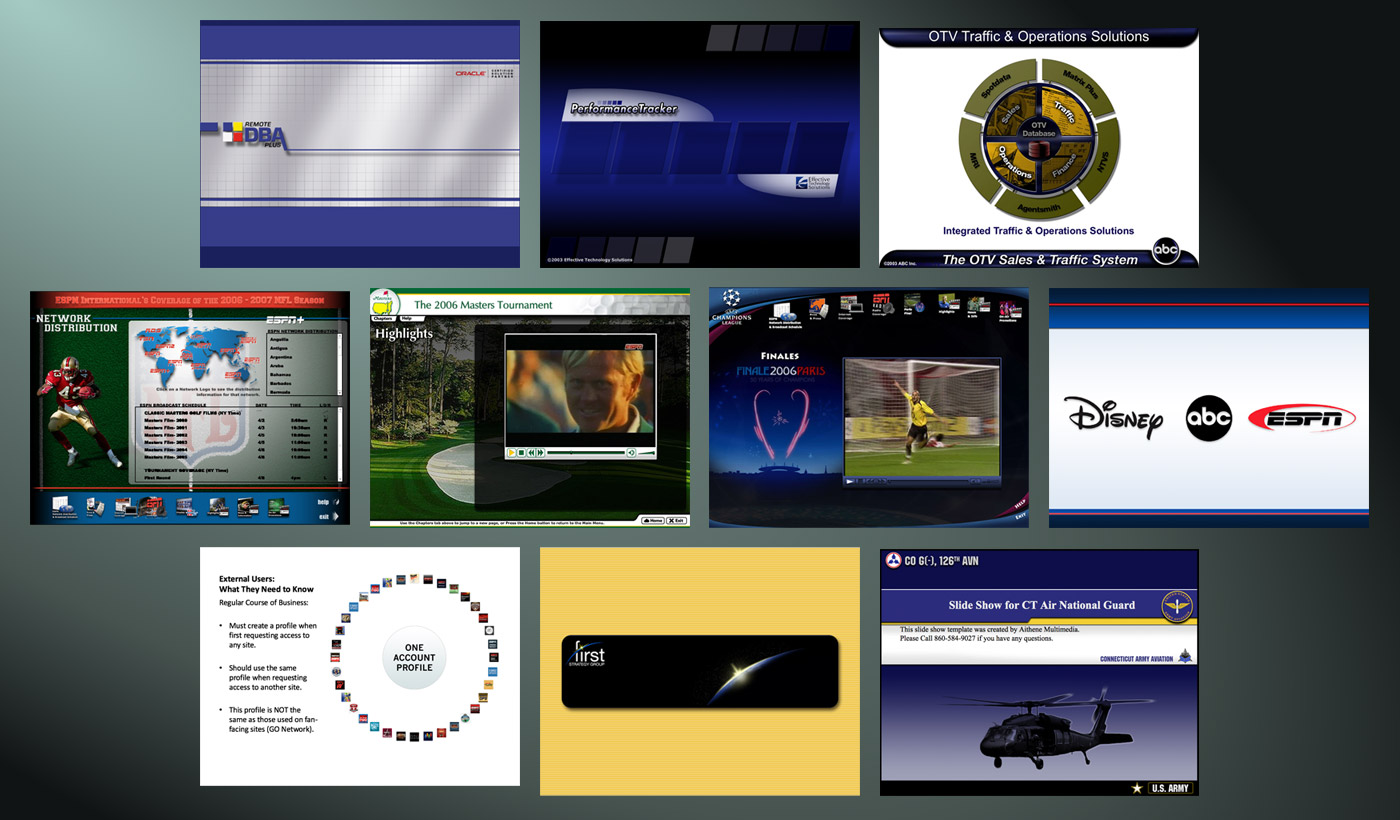 When it comes to outstanding presentations, the platform has less relevance than the content and its delivery.

A timely photo or custom graphic that drives home your point and reduces the amount of distracting text is more powerful than 12 bullet points highlighting your plan or project features.

And a single image that crunches detailed data sets and presents a visual map is more illuminating than a verbal math or accounting lecture.

I worked directly with the CEO of ISO HCG as he presented a new product idea to stakeholders and investors. Beyond a simple, but impactful series of decks built in Flash, I also led a team of designers to flesh out a prototype walkthrough of much of the proposed system. 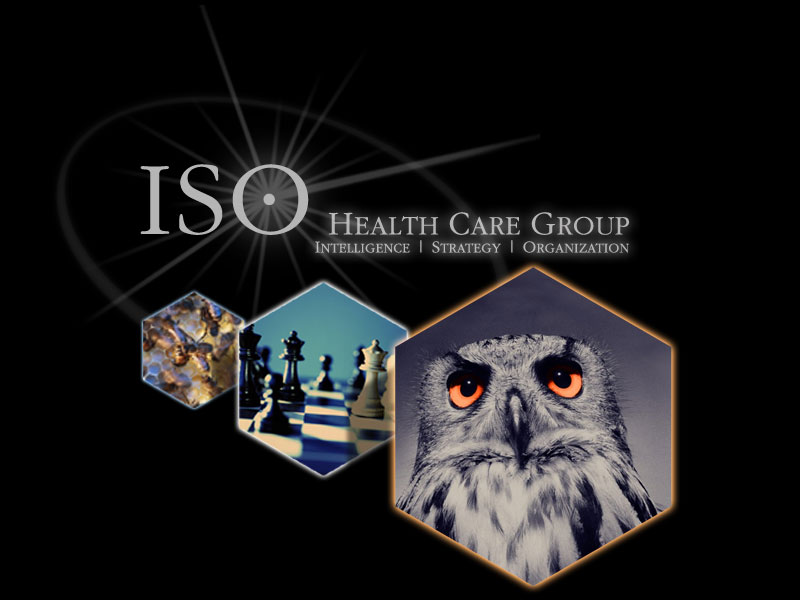 Following Chuck Pagano’s retirement, ESPN’s new CTO tasked every team in Technology to bring him up to speed with their responsibilities, capabilities and effectiveness.

I helped prep the PowerPoint deck for this presentation and created a several informational graphics that visually condensed pages and pages of data, as well as visually reimagining information that would traditionally have been presented as a bullet point lists. 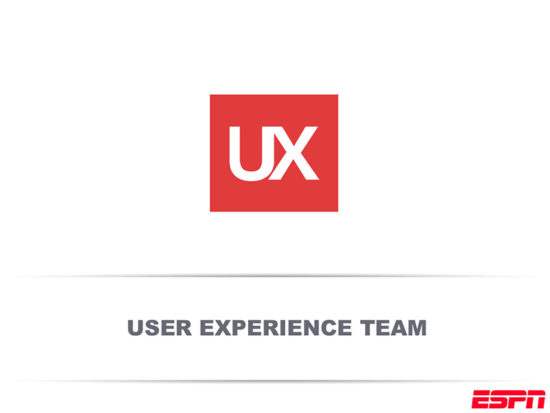 The Coprindm Corporation (later Decision Dynamics) grew out of the work started by ISO HCG. In order to spend more time working on system designs and prototypes, this presentation was created in PowerPoint instead of Flash, allowing the CEO to more easily update content on the fly. However, I did create numerous custom charts and infographics for it. 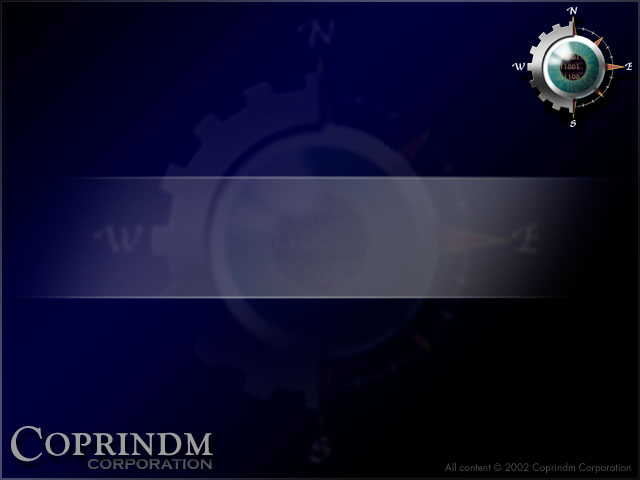 Not Hot was pursuing an energy-based side project and needed a custom branded PowerPoint template they could use for presentations. Other than the base art used for the template, the bulk of my energies were used in app mockups and prototypes, not content graphics for the presentation.

While at ESPN I worked on roughly a dozen self-guided presentations for the International Syndication team over my first four years. Built in Flash, these presentations included animated graphics, video clips, audio clips and images of captured web pages and newspaper print articles and ads. These presentations showcased the various ways in which ESPN had promoted these properties abroad.

Besides the Indy Racing League, featured here, properties covered were:

Rookie Camp and Regional All Stars were orientation and onboarding classes at ESPN. I created presentations in Flash to accompany them. Both presentations included animated graphics and integrated video.

I deconstructed these presentations into PowerPoint several years later so that HR could more easily update it. 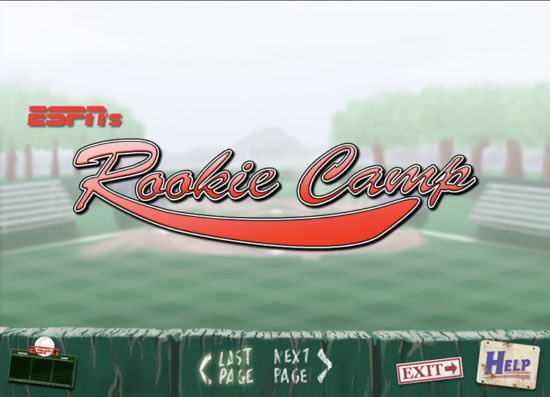 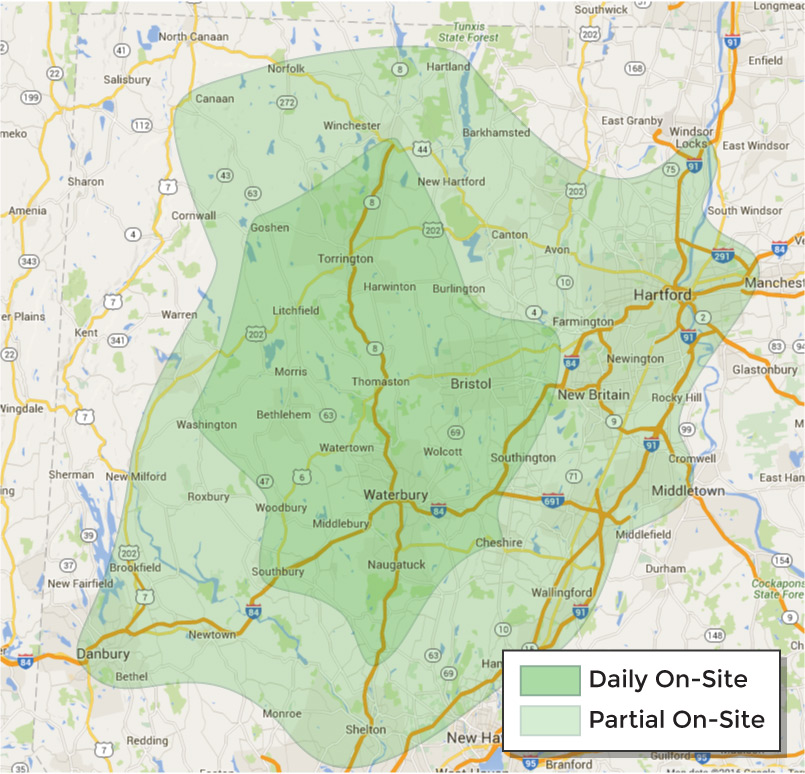